Think of the Italians. What things immediately come to mind about these refined, culturally historic people?

Here are some things you may not have thought of:

Confused? Let me give you an explanation.

I will likely always remember the first blizzard of 2010. In the week following Christmas, over two feet of snow fell, blocking the roads and doorways of the establishments I most frequent (my house and my job). Regardless, I still had to come in and work. More importantly, I’ll always remember the family of Italians who came in and ruined that ordinarily fabulous occasion.

After a relatively uninspired and uneventful shift, I was about ready to go home. Myself and two other people were the only ones left in the restaurant, and it was a mere 30 minutes until the doors were locked. It was almost closing time.

Also come to think of it, the dog didn’t look very happy. 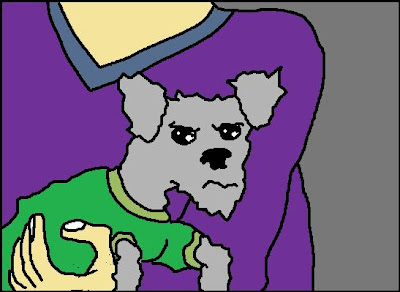 A coworker of mine escorted them to a table, but he was weighed down by a few too many requests from both the kitchen and his final tables. So I approached the four and proceeded to ask them what beverages I could bring to the table to help warm them up. 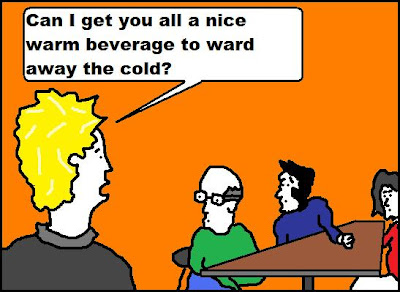 I was confronted with the type of silence normally reserved for mourning the dead. 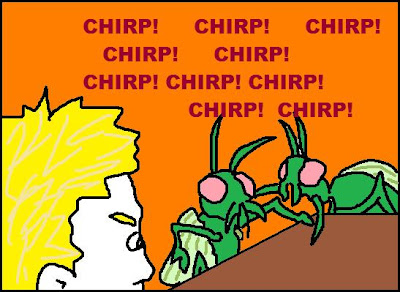 As a server, you can ascertain one of two things when you are greeted with deathly silence. Your guests are either deaf or foreign.

I decided to come back in five minutes. I also decided to keep it conversationally simple, mostly out of fear of strike two in “Deaf-or-Foreign Baseball.”

“4 lobster. And Perou!” (I later learned that this was some kind of European word for sparkling water).

Our interaction quickly became a pointing war, the menu being the main casualty. They each ordered lobsters, and from what I quickly gathered, had no idea how to order side dishes. Try as I might, I couldn’t convey the simplistic notion that with each lobster, two side dishes were included. So I picked for them--like it or not, they all got heaping piles of mashed potatoes. Welcome to America.

As the dog sat peacefully under the table, I wondered if he and I shared the same predicament. We both were well-behaved individuals, standing by as our masters spouted complete gibberish. We each contemplated our fate, and as I glanced at the dog’s big, round eyes, I found common ground--we both wished these idiots would just go home.

After dropping hot towels and physically demonstrating what their purpose was (digital hygiene), I gave the Italians their bill. Since English wasn’t a common denominator, there was no possible way that I could tell them that leaving $170 dollars on a $169 check was not in any way acceptable. There was no way that I could make them understand that I had had the power to kick them out for having a non-service animal inside the restaurant. There was no method of explaining the industry standard, and there was no hope for me to forcibly make them comprehend in this lifetime that entering a restaurant on Christmas Eve right before it closed and ordering a labor-intensive meal was an inconvenience deserving at very least the smallest gratuity for their kind host.

So I forgave them, and did what any normal person would do.

I immortalized them.
Posted by King Devon the Magnificent at 10:45 PM