A Few Points of Poor Etiquette

Recently I took a poll of restaurant servers and bartenders, looking for some kind of inspiration for my next installment. The question of the hour?

“What is your least favorite thing to hear from someone you’re serving?

I took the best five answers and put them here for you to enjoy. Brief disclaimer--I am aware that some of these have been discussed in previous posts. Deal with it. 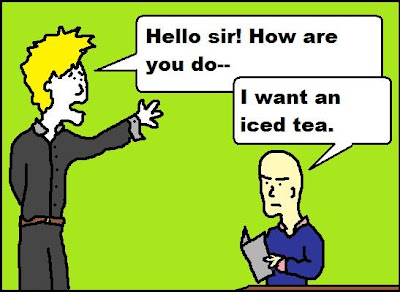 As a server, when you talk to somebody that just sat down you tend to open with a standard greeting like “Hello.” The response you give that instantly pisses a server off is any that carelessly dispenses with formalities, including but not limited to:
“I’m waiting for other people to arrive.”
“I’m doing good.”
“I’ll have a Coke.”

It suggests that the first thing you want your server to know is that you aren’t willing to pay attention. In a job where success is measured in alacrity and efficiency, little else could be more frustrating.

#2 - Complaining about the current quality of the appetizers (versus historically).
One of my bartender friends volunteered to explain this one;
“In our establishment the owner is named, let's say, "Dodger"... People will come in and say, "I'll have the fish chowder, but you know you should tell "Dodger" that the fish chowder used to be so good, but NOT anymore, it had lots of fish in it and was creamier, it was speckled with gold flakes and served with diamond silverware and he should change it back to that!"
Okay, let us dissect that. First off, if it is so horrible, don't order it. Furthermore, it tasted better in 1970 because you were 40 years younger and had more taste buds, maybe it looked a larger portion because you weren't as gluttonous as you now are. When you were a kid did everything seem bigger then too? Probably.. Second, I should tell who what? I get paid what per hour? My vested interest in the stocks of said establishment is what exactly? I'm on what board that speaks directly to the owner? My comments are then expedited immediately based on your suggestions how? Yes, dear guest, I am a high ranking official in said corporate restaurant chain, but am playing undercover boss, minus the cameras, you got me.”

Come to think of it, it also irks me when people complain about the free appetizers. Rolls are bad enough to complain about, because they’re free. If you wish something was whole wheat or at least 57% millet or comprised primarily of organic soygrain, then shut up and don’t eat it. If we’re not making a tip off of it, we don’t care what it’s made of.

#3 - ”Are you in school?”
Many waiters I know hate hearing this question. The reason? It becomes a source of condescension because of the fact that people are wondering what you would be doing if you weren’t waiting tables. For some, it actually IS a career. If you put in the time, the money is decent. It’s just that not every waiter is a college dropout or struggling actor.

What about me? I’m a journalist. You’re reading what I’m doing. I’m probably also complaining about you on this blog, so I’m certainly not going to tell you about it.

#4 - ”We thought you deserted us!”
Many restaurant guests say things like this because they haven’t seen their waiter or waitress in a while. As a server, you make money only by attending steadfastly to every request that you can from each one of your tables. If one table is especially needy and takes up a lot of your time, that equates to less time you can spend at the other tables. If you need your server for whatever reason, you can’t always rub a magical lamp and summon them at an instant. Many guests don’t quite understand this and choose to interpret the situation as “My server abandoned me and is completely disregarding my needs.” 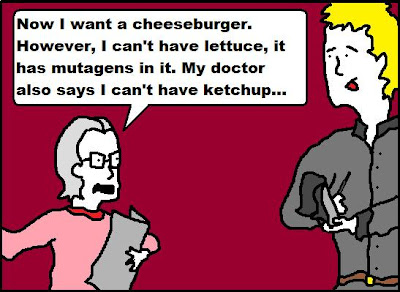 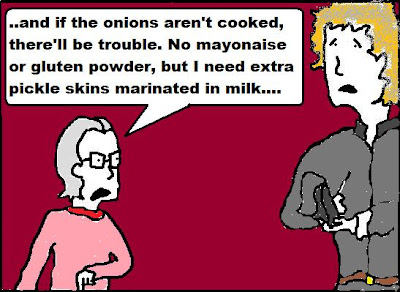 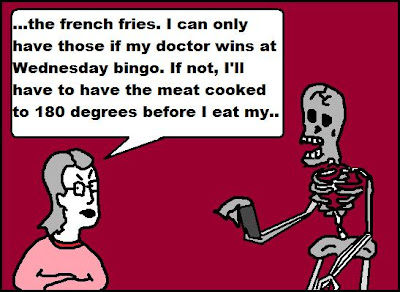 ”I need my food to have {X, Y, and Z…as well as the previous 23 letters).”
If you have one or two simple things you’d prefer about your meal, it’s perfectly understandable. If you are burdening your server with ten or fifteen particular things that you need to have in order to have a normal meal, then go into the kitchen and cook it your own damned self, or see a psychiatrist to address your ‘Type A’ personality disorder.

The last thing we really want is to have way more work than we need to while pissing off the kitchen staff. Reason it through. If you are allergic to 10+ things, I like to say that’s God’s way of saying “I’d like to speak with you face to face.”