A lack of compassion during the holiday season

It was a waiter's worst nightmare; The quintessential shift where everything went wrong. It wasn't a dream this time.

My shift started with an influx of tables. A fifteen-top here, a six-top there, a seven here, and a two-top in the last table open.

Normally, it’s not a big issue to have a full section. When each of the people you’re taking care of have specific needs and requests that change the amount of time you can devote to the others, it rapidly becomes a big problem. 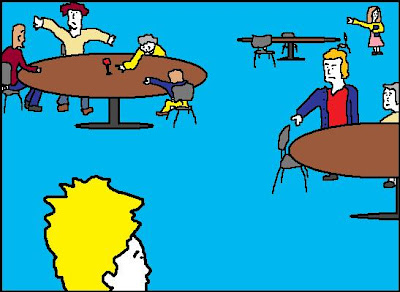 My table of seven told me they wanted to catch a show in town in an hour and a half. That wasn’t a major ordeal, because I hear that all the time. I took a beverage order. The older women at the table told me they enjoy Maker’s Mark bourbon. Being a bourbon guy myself, I joked rather ironically that “we were going to get along great!”

Little did I know. 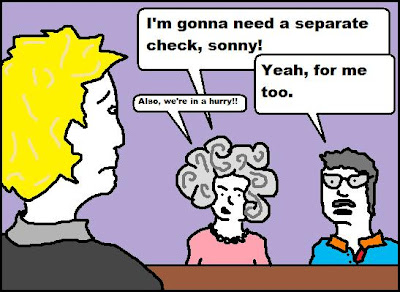 With a full section and a whole list of other things I need to prioritize, it isn’t easy to divide a large party into three or four separate checks. It makes it even more difficult when each person wants to pay for specific things.

During my attempt at sorting out this mess, I had asked a manager to present a bottle of wine to another table that had sent the first bottle back. The reason for that? 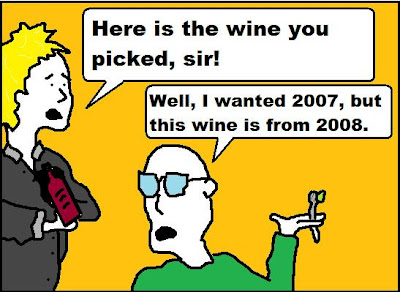 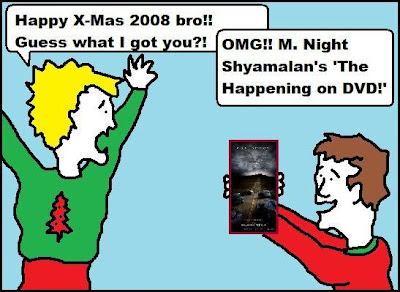 Normally, most average joes aren’t sophisticated enough to be able to find unpalatable differences between two neighboring vintages of the same wine. The difference between an actual wine expert and a complete pile of dicks is that the expert won’t send back two different bottles of wine when he sees that his server is swamped with requests on a packed Saturday night in a restaurant.

He ended up sending back the second bottle as well. The reason? 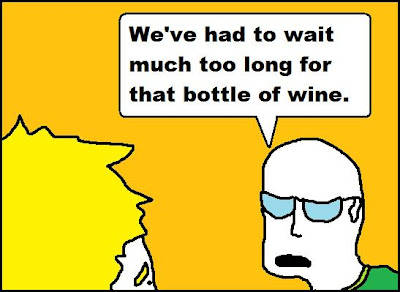 The reasons that is an unacceptable answer are as follows;
-On a busy Saturday, requests inevitably take longer.
- In this particular case, the gentleman wasn’t even finished eating his appetizer course. His wine had arrived right on the cusp of transition between his appetizer and his dinner.
- Sending back wine twice is the trademark of a complete twat waffle. Especially when the only reason is because it’s arrived 3-5 minutes later than you ordered it.

In the meantime, my two-top table had multiple allergies. I, by the regulations imposed on me by the company itself and punishable by firing, could not take or send in the table’s order without discussing the allergies with the management and the chefs. The guests themselves (A middle aged married couple) were overwhelmingly patient with me and the time I needed to make that whole process happen, but I was interrupted twice by women from the original table (the elderly folks with multiple checks and a massive time constraint) so that I could be rudely reminded that they were not only in a hurry, but needed to settle their towering pile of checks that second.

This jumped to the top of my priority list -- I immediately started accepting the multiplicity of payment forms that only ONE of the ladies wanted me to process. I felt like I was accepting a feudal dowry. 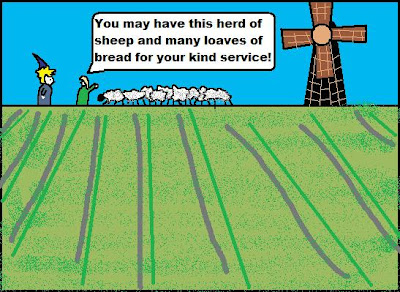 One of the other old ladies in the party had found my manager and proceeded to tell him that “everything had gone wrong.”

When he asked what specifically had gone wrong, the grouchy old crone just shook her head and exclaimed, “EVERYTHING. Just--everything.” Which, to me, meant ‘in all reality, not that much.’

If I had to inconvenience a server by having multiple checks, I would give him or her the peace of mind he deserves by having an even split, and processing one form of payment each. These disheveled old women were outrageously particular in what they wanted to pay for, and used a combination of cash, credit cards, gift cards, and paper gift certificates. I absolutely couldn’t deal with it, so I handed them all to the nearest manager. You correctly guessed that any tip I had any chance of getting was forced through the cracks underneath the weight of all of those convoluted forms of payment.

All of a sudden, the six top with the wine snob wanted to leave. Another waiter had gone by while I was settling payments and swiped the man’s credit card. Apparently, I had forgotten to remove ONE of the bottles of wine from his check.

He angrily spouted to me about how he didn’t end up getting that bottle of wine, and about how he wanted his credit card transaction voided and then have his card swiped for the correct amount. The cherry on top of this sundae of polite requests? 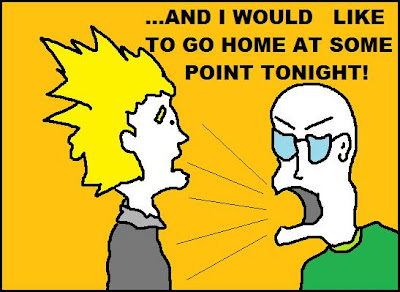 When things started slowing down, I was able to catch up. I was so gracious to have customers who were treating me not only cordially, but with undue compassion that I became way too friendly. My service became exceptional--waiting nearby with beverage refills, offering warming hand towels after every course, inquiring fully about all of the little details of everyone I was serving, et cetera. I made more money in the last leg of that evening than I made in any normal busy Saturday, and I blame it completely on the contrast of the evening’s events.

When Christmas approaches, you would expect that people would be more lenient, show patience, mercy, and all kinds of positive emotions as they prepare themselves for the very holidays founded on the principles of the finest human graces. People eat with family members they haven’t seen in a while, they have time off of work, and they give gifts and take care of each other. Alternatively, do people tend to have shorter fuses when that holiday sanctity is even modestly threatened, even with a less-than-perfect dinner?

I’d like to know what you think.
Posted by King Devon the Magnificent at 9:53 PM