Most waiters aren’t career servers. It’s a duality ever present in the service business--the money is instant and just good enough so that you can spare a little cash to fund your true passion. But the fact is that the longer you lean on that crutch, the more dependent you become at the waiter’s job. In a perfect world, the more time you spend honing your craft becomes inversely proportionate to your dependence on your waiter identity.

…which makes you very vulnerable to the whims of various clueless assholes.

A good friend of mine (who is a very good waiter, but a much better musician) was taking diligent care of a party of 5 middle-aged business types. 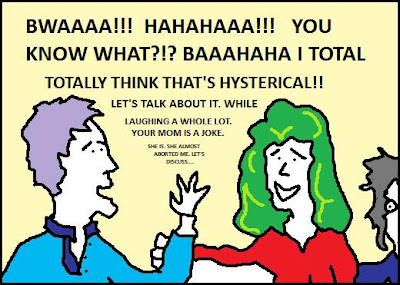 These five were having the kind of inebriated fun normally reserved for those who feel they’ve earned it. 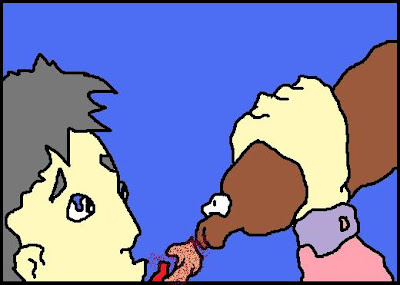 My friend resigned himself to cleaning up their drunken mess, housing the same dignity he put forth since the beginning of their interaction. Suddenly the apparent leader of the group, at the peak of his hedonistic tirade, decided to indulge himself just a little further. He asked my friend what he did for a hobby outside of his waiting career. 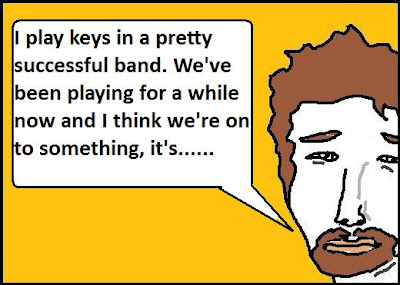 So the patron did what he thought would keep a dominant sway over his cronies. He mocked him. 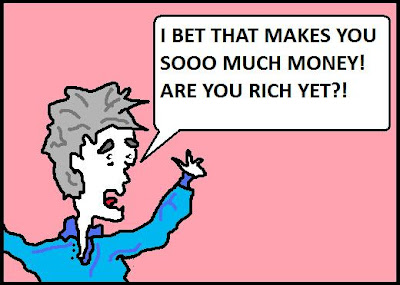 To someone who has tasted the fruits of his own labor, nothing could have been more insulting. My waiter friend just then was prompted to show the kind of restraint that would have blown Job’s soul out of his chest.

He took a deep breath and let him know as tastefully as he could, what he felt. 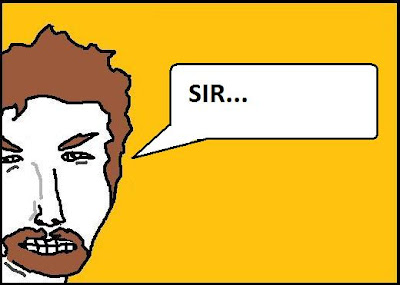 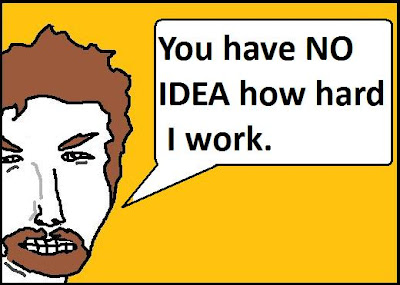 It’s easy to mock someone who looks like a pepper shaker who brings you your free refills. If you think you’re in a better place then someone who is starting from the bottom, then you’ve forgotten where you’ve surely started. Some servers are the kinds of people who chase pipe dreams for our amusement. Others of us are the kinds of waiters and waitresses who take that kind of off-the-cuff smarmy comment and use it as fuel for the rest of our lives.

I personally can’t wait to see what kind of road trip my friend will fuel with that one comment alone.
Posted by King Devon the Magnificent at 10:23 PM