The Importance of Saving Bacon

You’ve probably been to a restaurant at some point in your life. If you haven’t, then one item on this list is true about you;

I had the pleasure of waiting on a fellow a few weeks ago who I felt embraced the letter ‘C‘ on the above list. He was a gentleman in his late fifties who came in with his eight-year-old son.

Everything was going normally. The older gentleman asked me to add some crushed bacon onto his salad, so I obliged him. I pressed the button on the terminal for ‘bacon,’ and thought nothing of it until I handed him his check. He summoned me over.

Him; “I didn’t know the bacon was going to be three extra dollars.”

I had never rung it up before, so I responded somewhat innocuously.

Nobody had ever asked me for it.

Thinking that would be the end of it, I started walking away. He held out a hand to stop me, and motioned for me to take the check presenter back. His next question floored me. 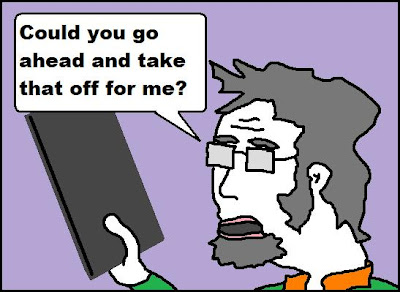 Not only had I never before rung up a side of bacon, I’d also never been stunned silent by a diner’s request. Have you ever gone to a restaurant and said to your server,

“I don’t want to pay that much. Can you make my dinner cost less money?”

I’m guessing that if you’ve ever gone out to eat for dinner, you’ve never actually tried to negotiate the final cost with your server. If you have, I’d like to know if it worked.

If I got his bacon removed from the bill, he might use the extra couple of bucks for tipping me.

If I didn’t remove it from the bill, he might write an angry letter to my boss and get me reprimanded. He might even become irate and use swearing.

Given the infinitesimal amount of money in question, it wasn’t really worth NOT trying. I compromised with nobody in particular and asked my manager to REDUCE the price of the premium-top-notch bacon.

In most restaurants (including fast food joints), adding bacon costs extra. In a nicer restaurant, it's probably more likely that you'll pay as much for two slices of bacon as a gallon of regular unleaded. At its cheapest, you'd probably pay just as much for a losing lottery ticket. You're essentially choosing what you feel more comfortable gambling with; small bills or a mild heart attack.

So I brought the check to him amended. I let him know that the prices of bacon were now “apparently negotiable” and that I hoped that his check was now “more reasonable.” I gave him a smile and a wink.

Apparently satisfied that he saved two dollars, he paid and left.
Posted by King Devon the Magnificent at 10:02 PM