Any good waiter has spent time developing a sharpened instinct and a way of moving that comes into play often enough in the daily grind. I was talking to a bartender I know recently, and she told me a story about how she was carrying glassware and managed to drop one of her easily-breakable objects while in transit. Instead of being able to catch it or somehow lessen the fall of her glassware, it simply bounced off of the floor and landed unharmed. 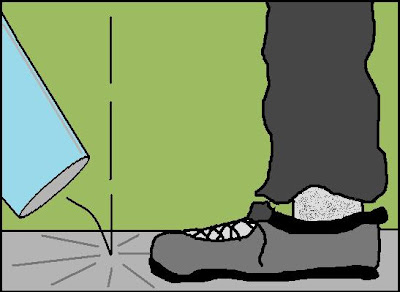 That could have been a one-in-a-million circumstance, but most service staffers usually muster a snap-second “Oh-shit-something-is-going-terribly-wrong” coping mechanism which prompts us to react in a very particular way before we even know what we’ve done.

In any restaurant, your trip through the dining room will have customers throwing out their chairs suddenly to go to the restroom, small children tearing around without looking where they’re going, people swinging coats on in grandiose manners, other servers racing around corners, people gesticulating wildly, and all other sorts of wild, unpredictable nonsense. And you’ll usually be holding plates of food and trays of drinks. And you’ll be making that trip forty or fifty times in an evening.

In this environment, you’ll eventually become what I refer to as a “Cat.”

You can tell when someone is new to the service industry. He will look like there is nothing more terrifying than carrying multiple plates. He will pace through the dining room at 3 feet per hour until reaching the table. And his eyes will have never left his payload. 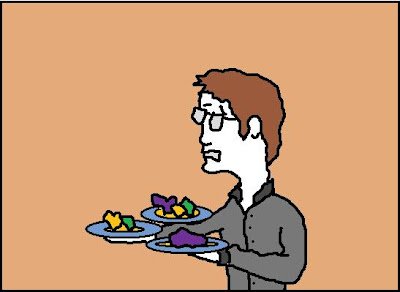 Taking the story from the beginning a step further, I was carrying six pint glasses in a 6-rack formation back to the dish room. The middle glass slipped out from the bunch and hurtled perilously to the floor. 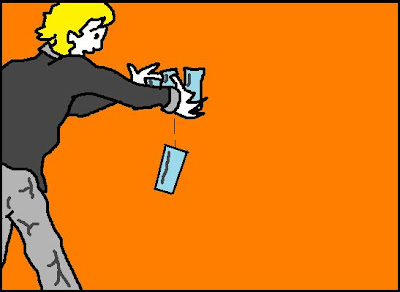 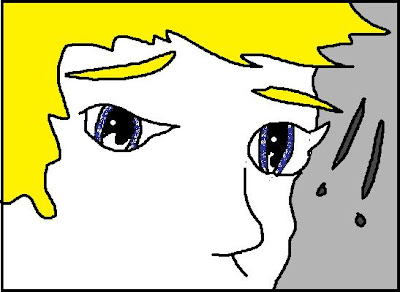 Without even thinking, I scrunched the remaining 5 glasses in my hands together for safekeeping and used my right toe to kick the glass back into the air. 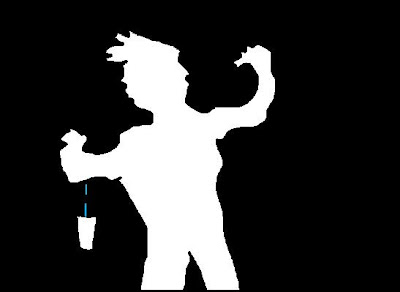 I hopped about 6 inches off of the floor, and snatched the glass midair between my ankles. 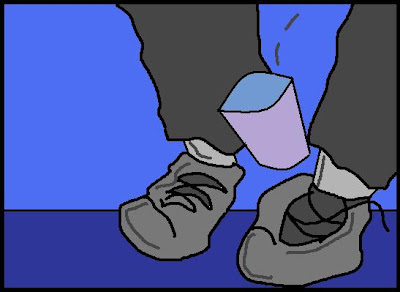 After I landed, my brain caught me up on what I had just done on adrenaline-fueled instinct. Immediately after that, my first reaction was to look around frantically and say;

“JESUS LORD GOD TELL ME SOMEONE JUST SAW THAT!!”

It was an immensely satisfying moment. Probably made more intense by the fact that I had just prior been on the verge of failure.

Another cat I know had the pleasure of serving a mean, senile old man. I don’t know what it is about old people, but after a certain age most of them tend to want to interact through awkward close-range grapples.

When your server is carrying a tray of iced teas, you as a customer would probably think to get his attention with a wave or an “excuse-me” if the situation is somewhat urgent. If you need another beverage, any of the above methods may apply. This is a picture of the standard hand-wave. 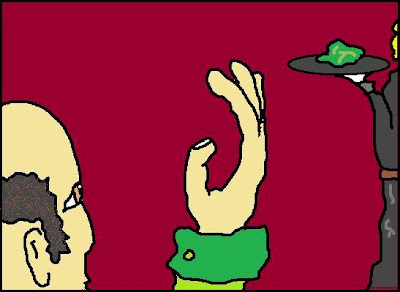 This gentleman, who had been ill-mannered since his arrival, saw his server (who I will remind you was at the time carrying a tray of iced teas), and grabbed him by his tray-carrying arm.

My friend almost lost his beverages but because of his sharp reflexes, he was able to release himself from the death-grip and counter-swing his arm to stabilize the tray. Many of my server friends might have suggested that he accidentally “lost” the drinks all over this grouchy old man and let him get what he deserved. What was so urgent that he had to physically grab my friend and nearly caused a big accident? He just wanted to begrudgingly demand his check.

You can always tell when someone works in this business if they say "Behind you" whenever they walk by outside of your field of vision. It's because he or she is a trained cat.
Posted by King Devon the Magnificent at 8:51 PM