A few tales NOT from the restaurant. Brace yourselves.

For those of you who have been following me since I began this God-forsaken husk of an alcoholic's excuse for a terrible skeleton of sense-making crap-ridden waste of magical dragon's unicorn barf of a blog, congratulations!! You've made it past my worst sentence ever.

I will now take a swing at rewarding your attempt at progress by providing you with some sort of reason why I've spent the last two and a half weeks not faithfully publishing readable material on a website which I still maintain the illusion that you are somehow a dedicated fan of.

I hereby promise you this;

I have worked harder than ever on creating a mural below which chronicles my recent adventure in the non-restaurant world. And if I could have possibly contemplated a better use of my time, I might have dismissed that very notion in favor of making my personal Iliad into a somewhat contrived YouTube video blog. The reason that I haven't done that is that I've observed individual strands of grass that have made photosynthesis seem vastly more interesting.

It all started when I took a flight down to Cityville, State-Ohio to visit my slightly estranged brother. The week progressed somewhat normally; we met up and got hammered. I imagine that I made a bad impression on his friends. 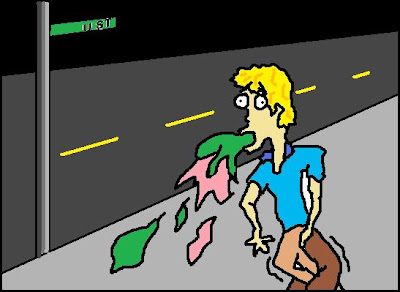 While attempting to catch my own barf between my extended fingers, I briefly contemplated refraining from generally continuing to make a complete ass of myself.

By lunch the next day, I had thoroughly pulled myself together. But back to the main plot;

Being of slightly similar age, my brother and I found time to catch up on the many significant plights of our generation; we conversed about such topics as which kind of high-five was more effective (Top-Gun or dual-palm), argued about why Wisconsin deserved (or did not deserve) to be a state in the first place, debated the illegalities behind urinating on shrubbery, and refuted the idea behind spoons being a musical instrument. We ended up playing Roshambo for quarters, and vice versa.

...I don't quite remember the outcome of that particular event, but either way I went home sterile or with a fresh-cleaned load of laundry. At one point however, I decided drunkenly to make my way back to my brother's apartment where he so generously volunteered to quarter (and not Roshambo) me. Drunk I so very was.

Well, I wasn't so much "drunk" as I was "stumbling down the street with my dick hanging out contemplating where to put my urine."

In retrospect, it made me seem rather vulnerable. 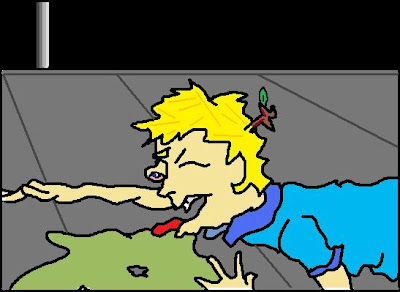 I presumed the locals took the hint because at one point, a hostile black man began to follow me. He expressed his distaste for my presence through various unmistakable actions. He was very much armed, and offered up no shortage of racial epithets and profanities to further intimidate me. 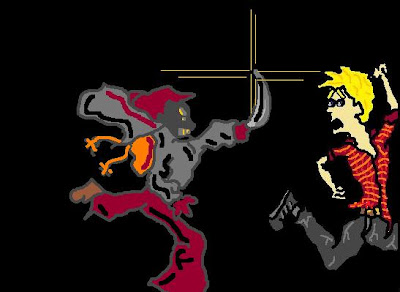 "WHITEY GOT A DEATH WISH!! I' KILL YOU WHITE BOY!! GET OUT O' MY HOOD!!" he screamed, chasing after me with several people in tow (seriously not kidding).

After slamming the door on him safely and having him and several other black men (whom I presume he knew personally) politely express their distaste for my particular pigment (with added emphasis received bluntly on the front door of my brother's apartment for the better part of five excruciating minutes), I decided to try to take the edge off by getting some sleep for the next day's flight back to my home town.

I waited with my present company at the airport terminal for several hours. Two hours turned into three hours, which became four hours, which eventually evolved into an indeterminate length of time which likely rivaled the length of the latest "Pirates of the Caribbean" movie. The only decisive plot difference was that the mustache on the face of the overweight Hispanic woman sitting to my left substantially rivaled the one which belonged to Orlando Bloom. Compared to William Turner, the woman next to me actually resembled a conquistador.

Instead of boarding a plane back here to continue my restaurant blog, I was hindered by the announcement made by the relatively confused airline officials. Apparently, our plane was delayed, but on its way without flaw. 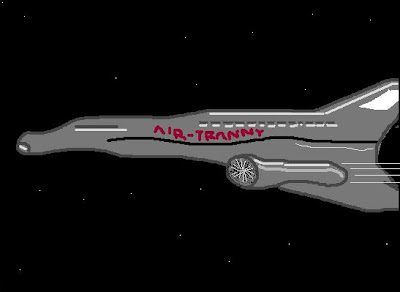 ...until lightning struck it. 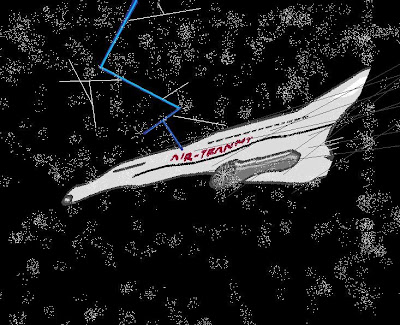 Because the airplane's damage was without repair, we had to be assigned an alternate flight which took off the next day.

In general, airports and airplanes turn average people into complete shlong-jockeys. If Mother Theresa's connecting flight was for some reason delayed, she'd probably find a way to twist your testicles into a bowline knot until you defecated an entire pterodactyl to carry her by her God-blessed neck hairs all the way to her glorious destination. She might have even had to utter an f-bomb while waiting in line.

I vastly prefer waiting tables to dealing with airport drama, but I digress.

Because my two cohorts and I were forced to wait the storm out in a nearby hotel instead of getting into another thunderstruck maladroit airplane upon a moment's notice, we collectively reasoned that MORE BOOZE was the only logical answer.

The nearest source of our precious alcoholic commodity was over two miles away, but I remained steadfast in my psychological pursuit to HAVE IT. So I volunteered.

In my coterie, I was the only male. I had the strongest muscles, the leanest figure, and the hardest resolve. Although I audibly reasoned that I was the fittest person to lead the expedition for more booze, I was ultimately ousted as the most sober. Reverse psychology is NOT to be trusted.

So I went for a 2-mile run to the nearest liquor store.

Besides the fact that my charitable booze run capitulated with me sprinting through the unknown swamp in the dead of night, my journey was devoid of necessary foot-travel accessories such as sidewalks, or any guidance in the form of visible light. Plus I actually witnessed wolves crossing my path. I shit you not. 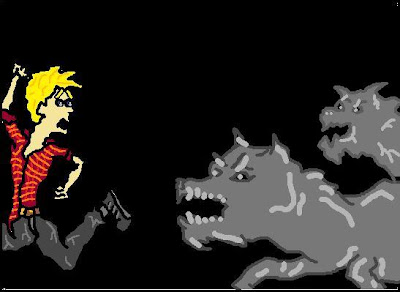 Ultimately, I made it across the swamp. I had survived the better part of two miles devoid of civilization (though conversely packed with canine predators) and had turn around and run back with the county's finest Sobieski vodka and Fanta-brand grape soda. The promise of purple drank (minus the codeine) that I fully brought back to that hotel across the swamp empowered me as a heroic human male, and ultimately solidified my rank as a savior for those who would have only exerted slightly less by taking a nearby elevator to the downstairs hotel bar. By spending less, I was championed by the two over-traveled companions with whom I traveled.

And then at 4 AM, we boarded our non-lightning-tainted flight back home, where we slept for the better part of an entire day. And it was all worth not working in a restaurant for a whole blessed week. Strangely enough, being broke and chased by wolves and hostile locals was the strongest motivation for heading right back to the instant money of the alternate weekend/evening shift.

It'll be restaurant related, believe you-me.
Posted by King Devon the Magnificent at 1:17 AM