A little sexism never hurt anyone (in this business, anyway)

On principle, advocates of gender equality should never go out to eat. Throughout the liberal arts educational process, the agenda of social justice plays a huge role; we’re taught that we shouldn’t discriminate, and that everyone should be treated equally.

As a server, if you don’t take advantage of those differences, you’re a moron. 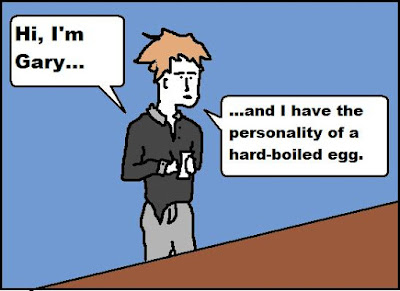 If you have nothing that makes you interesting, you’re not going to make much money. If you take charge of the things that make you unique, you’ll find your bank account increasing. Even the relatively common characteristic of just being attractive enough can earn you lots of money.

If you’re a male, imagine going out to eat and having a good-looking waitress not only take your food order, but also acts like she’s interested in you. It may be a ruse, it may not--what matters is that when coupled with good service, you’re a variable in an equation that should amount to a rent check.

When that’s what it comes down to, you’d be a fool not to undo an extra button on your uniform, or what I do when I get a group of old ladies--simplify my humor and flirt my ass off. 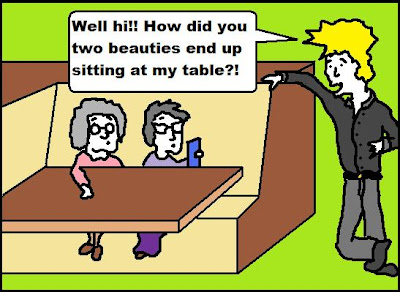 This isn’t to say that I don’t try hard to earn my living with the other patrons. However if you seat me with a few old ladies I can instantly become an instant expert on canasta and daytime television.

Take what happens to someone I know on a regular basis.

This particular waitress gets large parties every so often, and they will often tip her immensely on top of service charges without fail. She does it by doing what I affectionately refer to as “Working it.”

When she gets groups of businessmen, she immediately finds the host of the party and begins to treat him like she was just hit with cupid’s arrow. On one occasion, she even warmed up to a lonely guy at someone else’s table and he ended up giving her twenty bucks as he left for “making his night.”

I guess in my business, you’ve just gotta work with what you’re given. I’m still learning that part.
Posted by King Devon the Magnificent at 12:47 PM