Water: The Kiss of Death

When you're serving someone dinner and beverages, there are certain things that you tend to look for. You ask questions that probe deeply into the patron's psyche (Where are you from? What do you do that brings you here? Are you celebrating something? What do you tend to drink with dinner?).

These questions are perfect for figuring out how to help a restaurant guest have a fantastic experience. However, there are some things that are subtly reaffirmed to you that the people you are taking care of are not only determined to NOT have a good time, but also are not intending to leave you a tip. 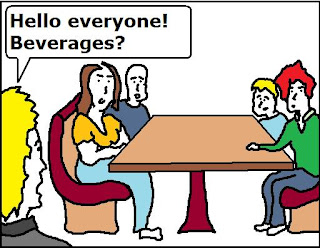 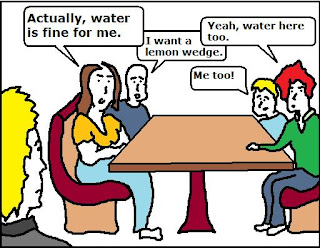 When everyone at the table wants water, it's a sure bet that they're cheap. If they won't spend two bucks on an iced tea, they probably won't feel the need to tip you an extra couple bucks for amazing service. 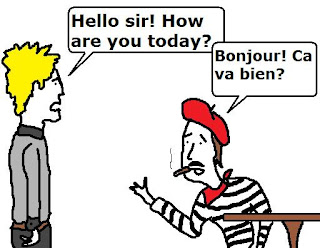 In general, race and ethnicity factor heavily in the restaurant environment. The sad rule of thumb is that if any guest you're serving has an identifiable ethnicity (or one you aren't sure of), it's a good bet you're not going to get a significant tip.

Knowing this, it's easy to say "If I ever go to another country, I will find out beforehand how I am supposed to tip at restaurants! Toodley Moodley!"

In China, there is no industry standard for tipping; all waiters and waitresses are paid a flat rate. In the United Kingdom, ten percent is expected, and a twelve percent service charge is used for large parties. In France, fifteen percent is factored in no matter how many people or what you order. At one point in Japan, accepting tips was considered dishonorable and tipping disrespectful.

It was always curious to me why often times French visitors would not leave extra money for the server. If the person's English wasn't good enough, I'd use what French I speak to explain the difference. I found it helped in most cases, got me yelled at in broken English in others.

Barring that, why can't foreigners do the same research when they come to visit? 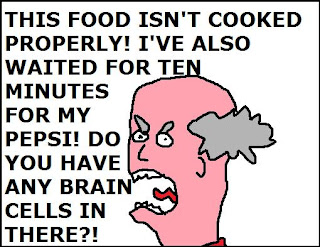 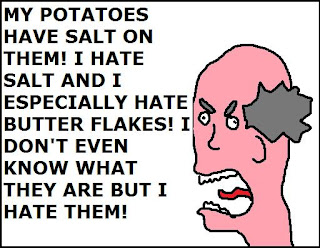 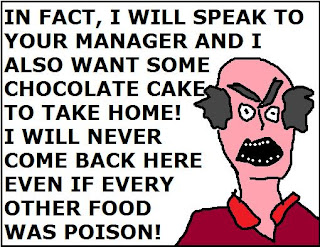 If you get a person that can't be happy, give up. I have taken care of people with utter perfection in my execution and then found out that the person had approached a manager without my knowledge to complain about the entire meal. I've had a person tell me once that the lobster they ordered smelled "too much like the ocean."

It's best to not let it get to you.

There are other smaller hints and clues that you're dead on arrival (groups of high school students, people asking for rolls instead of ordering something, etc.), but these are the surest I've found. Post your own in the comments!
Posted by King Devon the Magnificent at 10:28 PM