In every restaurant, there's an individual routine that everyone falls completely into. After a while, cooks will make the same plate the exact same way each time. Hosts will develop a pattern for seating guests. Managers will address problems with similar quotes and mannerisms. In most cases, waiters will use the same expressions, because speaking (and doing it convincingly well) is such an important necessity.

This however, can not only make a waiter look like a total idiot, but can become his undoing. 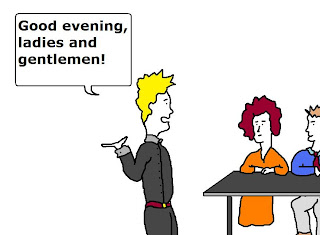 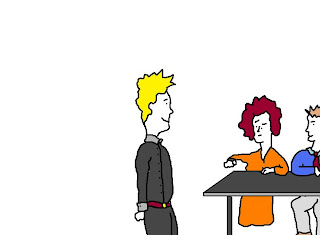 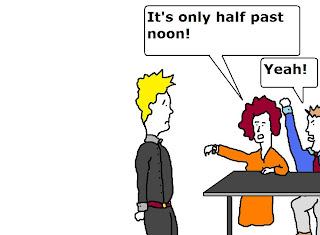 The idea that you've said something incorrect seemingly out of autonomy has the power to immediately undermine your credibility. It can also happen in more dire circumstances; 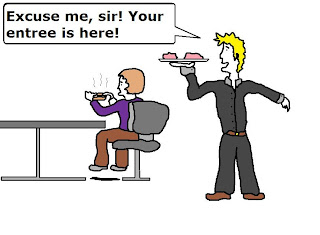 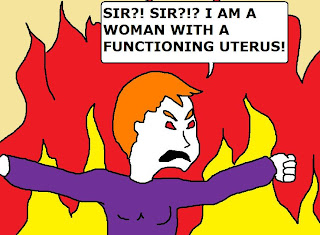 Other similar situations may occur, such as your server asking you on Valentine's Day what brings you and your date out to a restaurant for dinner, or saying 'thank you' when nobody actually offered a compliment.

It's all part of the daily fray when you're seeing ten to twenty parties a shift. Sometimes the wrong line slips out and you instantly look like a dumbass. Be kind to your servers!
Posted by King Devon the Magnificent at 9:00 PM