The beauty of going out to eat dinner is that someone you can't see is taking care of everything. You get to relax, you get treated like someone important, and your meal magically appears in front of you without you having to worry about cooking, doing a mountain of dishes, or being stocked up on booze. It's an experience critically dependent on what is left to your imagination.

So when something happens that could threaten the environment your food is cooked in, it becomes absolutely imperative that the issue resolves itself. But what's more important is that no restaurant guest ever finds out.

I took one Tuesday night off, and I assumed nothing when I came in on Wednesday morning and began nonchalantly brewing coffee. One of the line cooks nudged me as I did so, and I assumed his story chronicling the night before was merely business as usual. 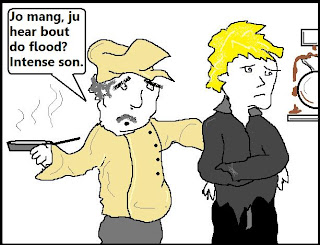 As per usual, I figured another cook conjured up one more stupid story not worth hearing. I could hear it in my head already; some dickweed with a Styrofoam allergy probably ended up bending the restaurant over backwards, complaining his ass off when the CEO wouldn't come down there and personally jerk him off over his own dinner. In layman's, some douchebag probably insisted that his filet mignon wasn't cooked as “Medium-Medium-Well” as he wanted it, and nobody on staff had the balls to tell him off.

Turns out it was something a hell of a lot funnier.

An unsuspecting customer took a stroll into the restroom to take a leisurely piss. 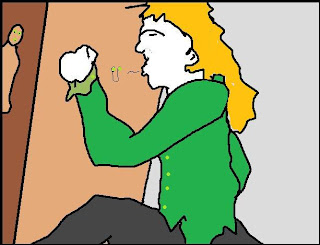 When finished her business, she did as all domestically trained humans do and flushed the toilet. It took no more than ten seconds before the fragile balance of plumbing and physics relinquished their cease-fire over the Bull Run that was my restaurant's facilities. 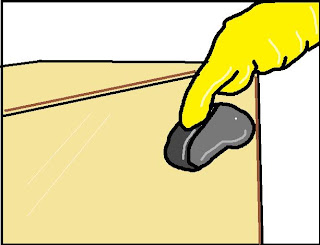 When you hit the flush in a public restroom, you kind of expect that your shit and piss disappears forever, never to be seen again in your current plane of existence. You don't quite anticipate that your business will return with a shitty, smelly vengeance, ready to ruin the evening of every mortal within a fifteen-foot radius of everything you can actively taste. I had been conveniently enjoying a night off in the comforts of my own home while fiery feces and female sanitation products exploded and rocketed throughout the restrooms and kitchens of the place I spend 6/7 of my week selling to the general public. 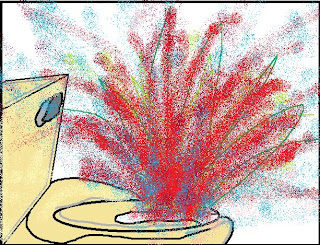 When I learned what had happened, I immediately relinquished control of my gastrointestinal reflexes. 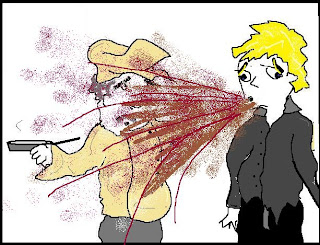 I remember regaining control of myself, but for some reason I continued vomiting for another 13 seconds.

It might have had something to do with the way I perceive female hygiene. After all, I've never had a period of my own. Despite that, I know full well that the little tin buckets inside female restrooms are repositories for hygienic products, and I imagine that if I had to dispose of a blood-soaked tampon, I'd give that receptacle strong consideration before relinquishing the item to the depths of the public toilet. In fact, I'd attempt to further contemplate what manner of awful service I'd have to do to said product that would convince me to drown it in the toilet instead of laying it to rest in the designated public tampon receptacle.

Either way, several of these misguided cotton rogues ended up in the kitchen that Tuesday. That very line cook ended up snaking the drain and sending them back to hell with a life-sized pipe-cleaner Excalibur right before heading back to the griddle to cook the same entrees these misguided females probably ordered without so much as thinking about that ten-foot radius where that fateful period happened. But I digress. 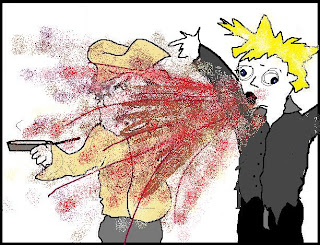 When you take on the yoke of a restaurant manager, you don't typically sign up for these kinds of situations. You forfeit the kind of tip money you'd make each holiday for a salary which is supposed to compensate you for your ability to deal with certain higher-plane PR difficulties.

That said, the look on my manager's face when this situation came to fruition was somewhat priceless; Nothing like this had ever made its way into the restaurant manager's handbook. Why should it? After all, situations like these are precisely why waiters don't ever climb the career ladder.

Posted by King Devon the Magnificent at 9:11 PM