The Dreams of a Waiter

I woke up in a cold sweat last week, and I immediately panicked and began wondering what had led up to that moment. I was running late for work, and I had decided that throughout the routine of throwing on pants, half-hazardly applying deodorant, and pretending to brush my teeth thoroughly that the whole reason that I was in this bind was because I had had difficulty sleeping the night before.

I had been having restaurant dreams.

Anyone who waits tables or cooks can tell you all about the dreams they have at least once a week. Here’s how they go; 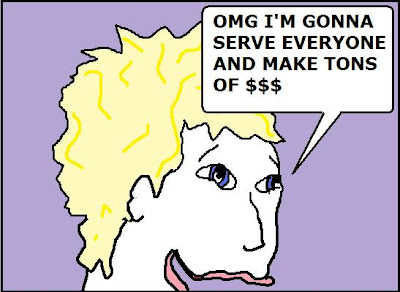 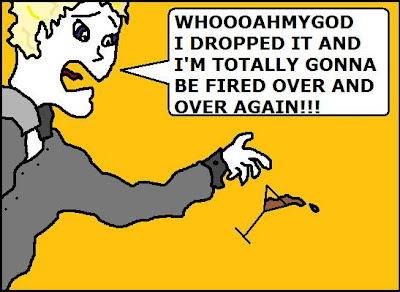 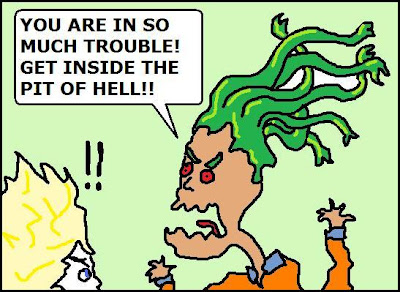 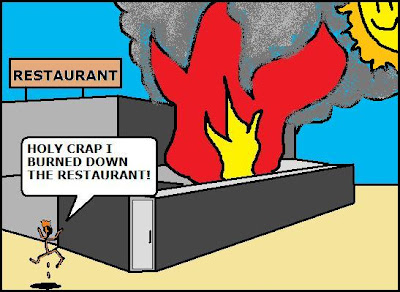 Ultimately, it's all a typical subconscious montage of you essentially fucking up over and over and over again. Since service has become your way of life, you fear anything happening which would jeopardize your fragile income, and all of those things become the focus of your nightmares. 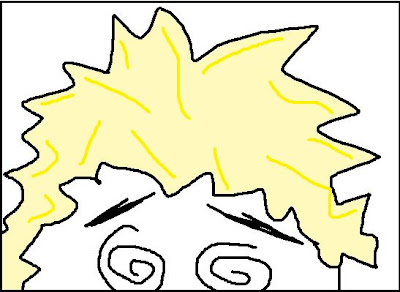 So when you show up drowsy-eyed to work, the people you're waiting on sometimes show a modicum of concern. 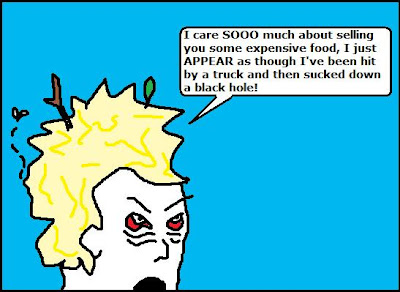 But usually they don't. They tend to expect the same service from a 9AM full-time waiter (who is so committed to his job that he dreams about the basics of failure) as the person who works one day a week and has infinitely more promise as a junior media-slide specialist. Except with the heart of a champion.

So can you tell the difference between the two types? Show up first thing in the AM to a restaurant you love and see what kinds of infrences you can make about your servers' career commitment.
Posted by King Devon the Magnificent at 8:53 PM