A Breeze in the Kitchen

As funny as it could possibly be, I feel that self-inoculation should "rear" its ugly head in my disservice again. I keep "brewing" these unorthodox tales, and will gladly "expose" my problems within the restuarant's "business" at my own "expense."

Every so often, a waiter has to fart. Really badly.

It happens often enough. A waiter often requires caffeine in order to work twelve straight hours a day (every day). In order to sustain that high, an artificial supplement must be ingested. The situation usually starts like this; 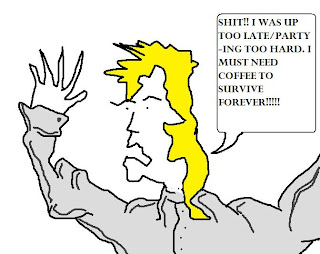 After that, a caffeine binge will occur at the restaurant's expense. 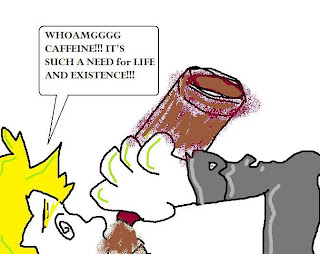 The waiter begins to feel great, being extra friendly, running all needed items over to his tables, running all the needed things over to EVERYONE'S tables, explaining things on the menu without being asked, doing more work than necessary, stepping outside to do a backflip, and many other things. Most often, instead of guests saying, "Wow, that guy was very helpful, thorough, and informative," they usually say, "So. What the fuck's up with that guy?"

There's always some twatty co-worker or passerby who, without asking of course, volunteers his or her opinion about why you shouldn't be drinking taurine or yerba matte or whatever the hell is in what you just bought from CVS ten minutes ago. 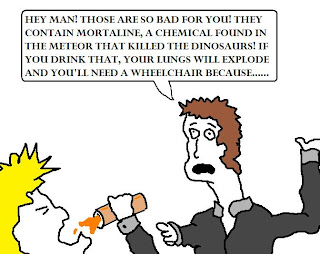 The problem with caffeine is that it tends to run right the hell through you. Energy drinks cost money/are bad for you, so you avoid them. You decide to deal with the first of the two situations because although everyone seems to know that energy drinks are not only bad for you but will kill you A LOT ALL THE TIME, nobody's going to ridicule you for a somehow socially acceptable caffeine overdose.

So this tends to happen in the middle of your busy day; 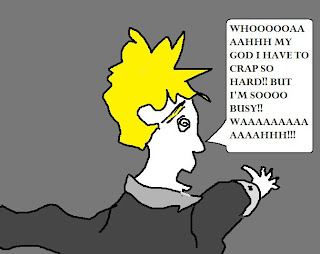 But by that point, you're too busy and the employee bathroom at the restaurant is too gross and too frequented to permit you to take a generous crap. Even if you could get two or three people to cover your tables and begin to tolerate the fact that the employee bathroom looks three seagulls short of being an actual garbage dump, you would die if someone came in right after you and said "Dear God this smells. Seriously, who takes a crap at work?"

So you spend the rest of the evening finding safe places to let one rip. You quickly walk through the kitchen where there are constantly fans blowing and strongly-smelling food being concocted, hoping that #1 - Your fart doesn't suddenly become actual poop, and #2 - There are enough X factors to either disguise that you farted really hard or maybe even dissolve it completely before anyone has a chance to smell anything. 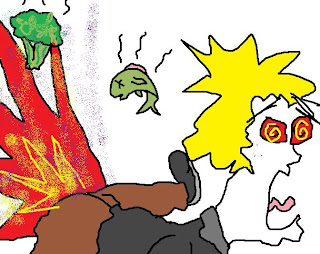 People say that waiting tables is one of the hardest jobs in the world, but I doubt that this is one of the well-known reasons. Still, remember it when a server suddenly has to leave your table while you're ordering and cites that he or she "forgot something at another table."
Posted by King Devon the Magnificent at 1:24 AM